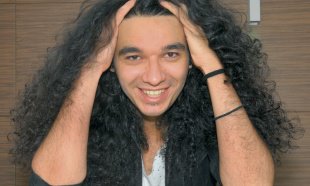 Aleksandar Sedlar Bogoev was born in Belgrade (Serbia) in 1982. He belongs to the youngest generation of Serbian composers. He graduated from the Composition and Orchestration Department of the Belgrade Faculty of Music in 2006 as the best student of his generation. He was enrolled in the University of Arts doctoral studies program and is currently in the process of completing his final year of Conducting, under Professor Bojan Sudjić. In 2007/8 he worked as teaching assistant of Vlastimir Trajković, renowned composer and professor at the Belgrade Faculty of Music. Professor Trajković was his instructor and mentor throughout his undergraduate studies. His most significant compositions are Variations for String Quartet and Piano, Macbeth – Violin concerto, Elegy for Orchestra, and the Double Sens Conecrtino. Variations were composed in 2004 during his participation in the International Summer Academy Prague-Vienna-Budapest, where he worked with Professor Gyula Fekete (and where the composition won the third prize). Macbeth was composed in the fourth year of his studies. This violin concerto was performed with phenomenal success by Miloš Petrović and the New Symphony Orchestra in the Belgrade City Hall on November 1, 2005. It was conducted by the author. Elegy for Orchestra was his graduation piece, written and performed in 2006, and conducted by the author. It was dedicated to the 250 anniversary of Mozart’s birth and was completed in only 20 days. It won the prestigious Stevan Hristić Composition Award and was performed for the second time in 2008 by the Belgrade Philharmonic Orchestra, conducted by the famous Israeli guest conductor Lior Shambadal. His latest work is Double Sens Concertino, commissioned by the world renowned young violinist Nemanja Radulović, and Mr. Hervé Corre de Valmalète. It was written for the 20th anniversary of the music festival in France (Flâneries Musicales de Reims). The composition was performed on July 9, 2009, and was received with standing ovations. Besides making a name for himself in the world of classical music, Aleksandar Sedlar Bogoev is one of the most wanted pop musicians in Serbia. He started playing the guitar when he was ten. It was his first contact with music, and his first love. Throughout his formative years his formal education and training extend over both classical musical and jazz. This line of development has made him feel completely at home in both worlds and has kept him well informed and in tune with much of what is going on in the field of music today. As a guitarist he has toured Europe, USA, Canada and Australia with the most popular pop stars of Serbia (Zdravko Colic, Zeljko Joksimovic, Sergej Cetkovic, Zeljko Samardzic, Ognjan Radivojevic, Sasa Vasic, Kornelije Kovac, Aleksandra Kovac, Kristina Kovac, Aleksandra Radovic, Ana Stanic, Jelena Tomasevic, Mari Mari, Marija Sestic and many others). He has also participated in many projects playing drums, bass guitar, keyboards, or singing and working as an arranger and producer. He has arranged music and conducted concerts for some of the best ethno musicians of the Balkans (Vasilisa, Balkanika). He has composed music for film and theatre. He is currently preparing his first pop album, and working on the compositions commissioned for several upcoming classical music events.